Home Technology Network Intrusion Detection Software- How Do They Work? 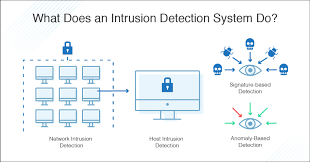 The intrusion detection system or IDS is a software product or device designed to detect unauthorized and malicious activity on an organization’s computer network or a separate host.

The task of the intrusion detection system is to detect and prohibit the penetration of cybercriminals into the IT infrastructure and generate a security alert. However, if there are no response functions, such as blocking unwanted activity, it will be transmitted to the SIEM system for further processing.

The main features of the intrusion detection system includes:

Also Read: HOW TO MANAGE A RETAIL STORE WITH POS TECHNOLOGY

The main parts of the IDS include:

Intrusion detection systems are usually classified according to the scope of their use. The following types of IDS are available for the use of massive corporates:

From an organization’s experience, the network intrusion detection system must work round the clock. Those corporates that neglect solutions for detecting and suppressing attacks incur maximum losses. Recently sensational ransomware viruses “Petya and Wanna Cry” caused havoc and paralyzed the activities of multiple organizations. Since the rate of attacks is only increasing every year, decisions on their detection should be one step ahead to be able not only to investigate incidents but also to prevent them at the first sign in real-time.

These systems are mostly used in an enterprise, as it allows them to monitor at what point an attack or illegal entry began. In addition, it also provides the ability to track the behavior and actions of a third-party visitor. It can easily store and display everything that this person did from the moment of logging in to the system to causing harm

The intrusion detection system will also notify the user if the data has been deleted or changed. It allows corporations to improve the integrity of its system. In the event of any network failure, a company can easily detect what happened and where.

These systems can also scan the Internet resources and determine when and where the system was logged in. However still, their performance is limited, and they cannot determine some actions.

For example, if you have a problem with network protocols, if logging into the company employees’ system is simple, then such systems cannot see intruders. However, it should be noted that the system can not cope with all the problems of entry. For example, with packet layer attacks, they fail.

There are multiple intrusion detection systems available as a hardware and software complex for investigating network incidents at the level of traffic packets, which allows finding vulnerabilities in the company’s network infrastructure. They work by recording and decoding all events in the organization’s network, finding those responsible for any security incident, and preventing it.

Another solution is to scale well for wide area networks,  which allows an organization to protect the network infrastructure in an integrated manner. It also allows them to see everything that happens on the network in real-time, identifying all types of intrusions and instantly preventing attacks. All this is possible thanks to modern softwares that can perform continuous analysis of events and detect deviations from the normal behavior of users and systems on the network.

Also Read: HOW IOT HAS AN IMPACT ON VARIOUS INDUSTRIES