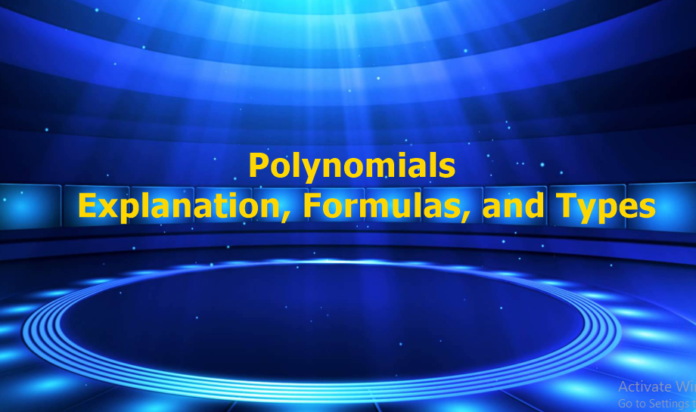 If a mathematical expression or algebraic expression consists of coefficients and variables that are linked together by arithmetic operations such as multiplication, addition, subtraction, and positive integer exponentiation of variables is known as a polynomial. These expressions consist of variables that have whole number exponents or powers. Polynomials should not contain fractional, negative powers, or square roots of variables. There also should not be any variables in the denominators. Let us see a list of examples to strengthen our understanding of this concept.

Also Read: Area of a Triangle – Explanation, Formulas, and Applications

Polynomials can be classified based on the number of terms and the degree.

Thus, based on the degree or number of terms, we can classify polynomials. A point to note is that the types do not just stop at quartic polynomials and trinomials. With an increase in the degree and increase in the number of terms, the divisions keep on increasing. However, this list is just to give an idea to the readers. Usually, for the purpose of school, we limit ourselves to the polynomials specified in the list.

Polynomials are used in every branch of Mathematics; hence, kids should join a coaching institute such as Cuemath to give them a better idea of how to deal with problems based on the same. At Cuemath, the certified tutors help kids to build a robust mathematical foundation while ensuring that kids fall in love with the subject and enjoy learning it.

How to add PDF or Word and Excel Files in Blogger