Home Digital Marketing The Development of Hadoop Database and Why It Is Important? 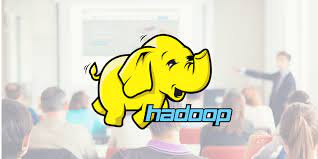 Hadoop is generally, an open-source distributed processing framework which manages the processing of data and its storage for big data applications that run in clustered systems. It is the center of the growing ecosystem of big data technologies which are used to support advanced analytics initiatives, including data mining, machine learning applications, etc. It has the feature of handling the various forms of structured as well as unstructured data, providing more and more flexibility for collecting, processing and analyzing data when compared to the relational databases and data warehouses provide.

Hadoop, formally known as Apache Hadoop technology which was developed as a part of an open-source project within the Apache Software Foundation in November 2012. It was created by computer scientist Doug Cutting and Mike Cafarella to support processing in the Nutch open source search engine and web crawler. After the Google published technical papers detailing Google File System (GFS) and MapReduce programming framework in 2003 and 2004, the founders modified earlier technology plans and later developed a Java-based MapReduce implementation and a file system modeled on Google. In early 2006, when Apache became a separate subproject, Cutting named it Hadoop after his son’s stuffed elephant. In the same year, Cutting was hired by internet services company Yahoo, which later became the first production user of Hadoop.

However, Hadoop also became the foundational data management platform for big data analytics after it emerged in the mid-2000s. After the Hadoop framework grew over the next few years, three independent Hadoop vendors were founded Cloudera in 2008, MapR in 2009 and Hortonworks as a Yahoo spinoff in 2011. Also, Amazon Web Services AWS launched a specific Hadoop cloud service in 2009 which is called as Elastic MapReduce. That was all before when the Apache released Hadoop 1.0.0, which became available in December 2011 after a succession of 0.x releases. Currently, commercial distributions of Hadoop are offered by mainly four primary vendors of bigdata platforms such as Cloudera, MapR technologies, Amazon Web Services (AWS), and Hortonworks. Also, Microsoft, Google and some other vendors are offering cloud-based managed services which are built on the top of Hadoop and its related technologies.

Various versions of the Hadoop database

In October 2013, Hadoop 2.0 is available and it is followed by version Hadoop 2.2.0. The Hadoop 2.3.0 is available on February 20, 2014. The Hadoop 2.0 series added high availability and federation features for Hadoop Distributed File System, also support to run Hadoop clusters on Microsoft Windows servers and other capabilities which were designed to expand the distributed processing framework’s versatility for big data management and analytics. Hadoop 3.0.0 was the next major version of Hadoop which was released by Apache in December 2017. The new version included support for Graphic processing unit and erasure coding and an alternative to data replication which requires significantly less storage space. Usually, there are four basic or core components of Hadoop namely; Hadoop Common, Hadoop Distributed File System, Hadoop YARN and Hadoop MapReduce.

Hadoop is essential because it can store and process large as well as complex amounts of structured and unstructured data very quickly and efficiently.

The data does not have to be preprocessed before it is stored. While the organizations can store as much data they want to, including unstructured data like text, videos and images and can even decide how to use it later.

Hadoop can analyze the data in real-time to enable better decision making.

It is scalable. Hence, companies can add notes to enable their systems to handle more and more data.

The application and data processing in Hadoop is protected against hardware failure. So, if by chance one node goes down, jobs are redirected automatically to the other nodes to ensure that the distributed computing does not fail in any case, leading to a lesser number of failures.

Hadoop is an open source technology and these technologies come free of cost, requiring a lesser amount of money for implementing them.

You can also raise the size of a cluster from single machine to thousands of servers without the use of administering extensively, using this big data tool.

It poses a great computational ability as it enables fast processing of big data with multiple nodes running in parallel.