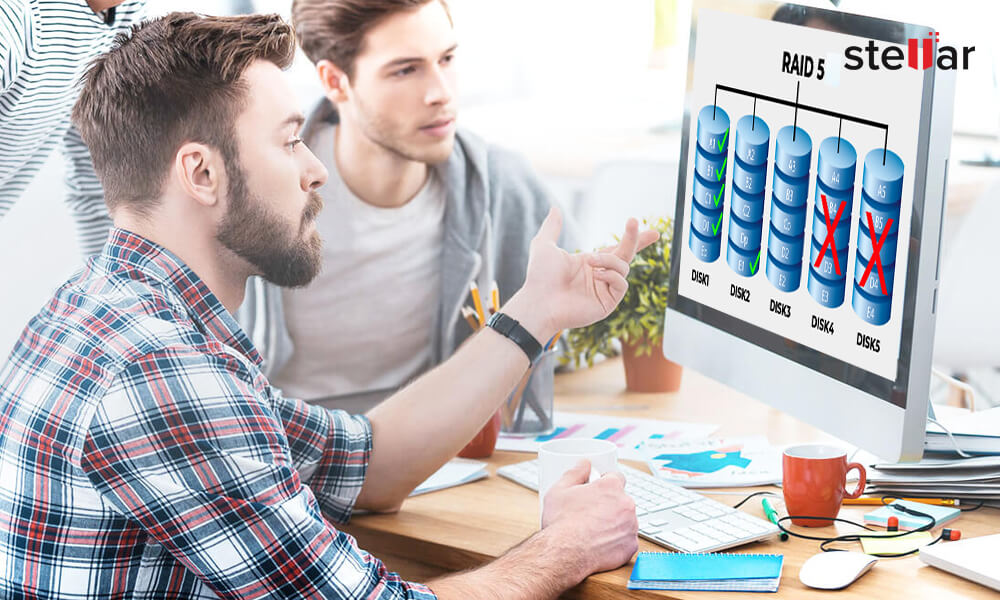 When you configure your data storage as RAID, you might have questions about the RAID array providing data redundancy and boosted data performance. There are indeed some benefits to having a RAID configuration, but not without its risks. RAID 5 is rather common and allows an independent stream of data from the disks to be processed in parallel. However, one issue that has plagued several thousands of users who have adopted RAID 5 based storage systems is that of failed disks. For it to work optimally, at least three drives need to be functional. Sometimes, one of your disks might fail and that’s horrifying on its own, but to make matters worse, two disks can fail at the same time.

Before we get into how to recover data from RAID 5 with 2 disk failure, we should know what causes these failures:

Before attempting RAID recovery, make sure that the controllers are off by turning off the PC immediately after you see that the two disks have failed.

There are a few ways to perform RAID recovery:

If you’ve managed your data properly and followed proper backup protocol, you should be able to recover your data up to the last backup.

If your data backup is too old, there is a chance that you could have lost important data. Sometimes, the data you restore isn’t complete. So in this situation the backup won’t help you.

If you haven’t followed proper data backup protocol, then there is a good chance that you don’t have any or most of your data backed up.

In this case, you should try recovering your data manually.

Performing data recovery using this method can be risky and should not be attempted by those without a sound idea of what they’re doing. This is meant to be performed by specialists only. Performing this exercise without the supervision of an expert could result in the permanent loss of your data.

This is a very time-consuming method that requires expertise in RAID data recovery. There is still a chance of data loss and it cannot be guaranteed that the new configuration will not susceptible to data loss.

If you are not experienced with hard drive technologies like RAID, please do not attempt to recover data using this method by yourself.

Stellar Data Recovery Technician is a tool that is great for RAID recovery. It has an intuitive interface that makes RAID recovery a walk in the park.

3.Select all the parameters of the original RAID array:

4.Confirm all the parameters to display the final configuration of RAID 5 array.

5.Confirm the configuration to start scanning for RAID volumes.

6.The software will then display the configured RAID volumes.

8.Choose the disk to be recovered.

10.Choose the destination and click Start Saving the recovered data.

That’s all there is to recovering RAID 5 configured hard disks even if two disks have failed. It’s that simple!